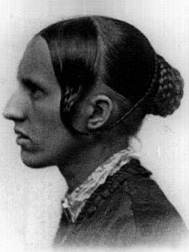 Caroline Wells Healey Dall was the daughter of an affluent Boston merchant and early came under the influence of Margaret Fuller, several of whose "conversations" she subsequently edited, MARGARET AND HER FRIENDS, or, Ten Conversations with Margaret Fuller upon the Mythology of the Greeks and Its Expression in Art, Held at the House of the Rev. George Ripley, Bedford Place, Boston, Beginning March 1, 1841. (Boston, 1895). Fuller, author of Woman in the Nineteenth Century, was one of the founders of American feminism. A close associate of Emerson, she edited the Transcendentalist journal, The Dial.. Only Fuller's death at sea prevented Paulina Wright Davis from seeking to make her the president of the first National Woman's Rights Convention (Worcester, 1850).

Dall did not initially favor woman's rights, as her 1849 essay on Reform demonstrates. But her interest in campaigning against prostitution, which she saw as an inevitable outcome of women's low wages, inadequate educations, and inability to pursue lucrative professions, soon led her to the view that only political and civil equality would suffice. Within a few years she was co-editing the Una, the first periodical devoted to woman's rights, with Paulina Wright Davis. There is a biographical sketch of her career at the Massachusetts Historical Society which is bringing out a three-volume edition of her journals.